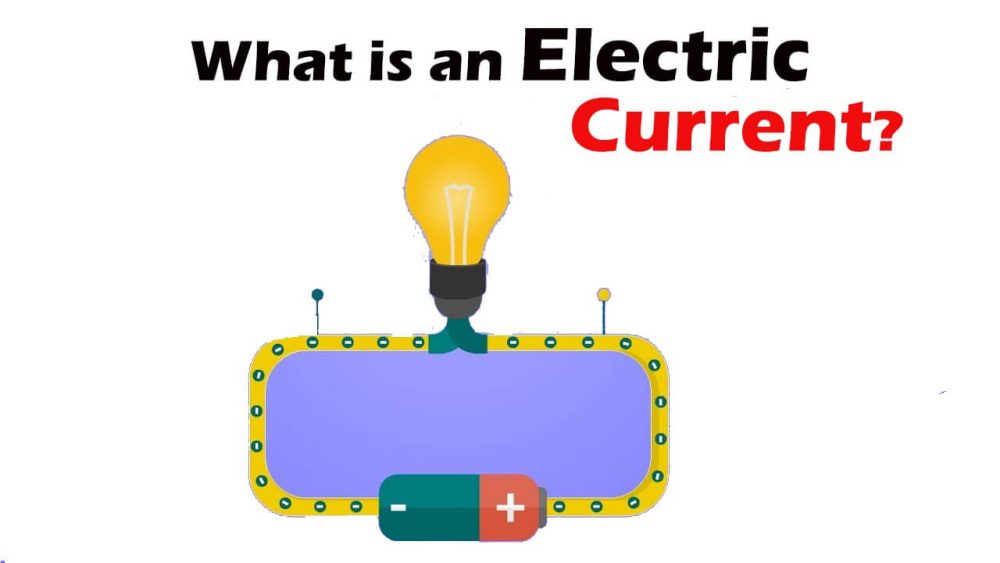 What is an Electric Current?

Electric charges continuously move in a process known as current electricity.  Most electronics and everything from your refrigerator to your smartphone requires current electricity to operate. Let us assume that we have a copper wire that is filled with copper atoms. Copper is one of those elements with only one electron in its outermost shell; this means that with only a little energy, that electron can be quickly ejected. Let’s push a free electron into the copper wire. It will eventually find a new atom to latch onto the negative charge of that electron, which will eject another electron from the outer shell. Which will then move on to the next atom and so on and so on. This chain of moving electrons creates a flow known as electric current.

Some elements like copper, aluminium and gold can move electrons easily and are known as conductors. We can look at moving charges in another way. Let’s say that this tube is a conductive wire, and the steel balls are negative electric charges. Electrons, in this case, think that one charged particle needs to move completely through the conductor to create a flow. But that’s not the case as we push a ball in one end, the force causes all the balls to move, and one pops out the other end, as you can see one electron even if it doesn’t move very far, can force all the other electrons to move to create a flow.

Read more: What is a Voltmeter?

What is an Ampere?

What we just showed was an electric current. This is a flow of electric charge in most circuits; this is accomplished by moving electrons; the unit for measuring current is the ampere, often abbreviated as Amps and written with a capital A. One ampere is defined as;  One Coulomb of charge moving past a point per second.

What is a Current in a Circuit?

Let us look at a cross-section of wire carrying an electric current. If it takes three seconds for 6 coulombs of charge to move through that cross-section, we say that two amps move through that wire. Unfortunately, electric current doesn’t just magically flow through the wires. It needs a little help if left alone the electrons in a wire won’t move. We need to give them a little push to do that; we will use a voltage source like a battery. In a battery, there is a buildup of negative charge on one side in the form of excess electrons. The other side has a buildup of positive charge in the absence of electrons. In this case, the charges want to balance out, but the only way to do that is for the excess electrons to flow around the battery through a conductor that we provide.

If we connect a piece of wire to the negative terminal, the electrons will push against the electrons in the wire. However, the air is an insulator as its molecules do not have very mobile electrons, and it won’t readily accept the free electrons. To show this, we will put a piece of tape at the end of the tube. Now the electrons at the end of the wire have nowhere to go. Even if we push against the electrons in the wire, they still will not budge. To fix this, we need to connect the other end of the wire to a place where the electrons want to go, and the positive end of the battery will happily accept the electrons. In fact, do not try this with an actual battery; nothing is slowing down or restricting the flow of electrons, which results in tremendous amounts of energy being transformed into heat in the wire, and this could easily melt the wire insulation or start a fire this is known as a closed-circuit. Furthermore, as it creates a loop from one side of the energy source to the other, the electrons will stop if we break the wire or remove it from one of the terminals flowing; this is known as an open circuit.

How does an Electric Current Flow in a Circuit?

We have been talking about electrons flowing in a circuit and showing how electrons move from the negative terminal to the positive terminal, however, in electronics. We usually assign current as flowing from positive to negative or from higher potential to lower potential; this is known as conventional current.

In the mid-1700s, Benjamin Franklin theorised that “positively charged objects had an

excess of what he called electric fluid, and that negatively charged objects had a deficit of this fluid”. Furthermore, Franklin noted that this fluid tended to flow from positive to negative to distribute itself more evenly.

It was not until the end of the 19th century. English physicist JJ Thompson discovered the existence of the electron even though we now know that it is electrons that move inside of most circuits from low potential to high potential.  The convention of current moving from high to a low potential stop. As a result, most current measurements are given as conventional current. Which is the movement of positive charge in a circuit and is represented by the capital letter ‘I’.

We have already discussed making electricity work for us, and the circuit forms the basis for all modern electronics, everything from the simple flashlight to massive supercomputers. However, if we made a circuit out of just a battery and a piece of wire, there is a chance we might melt that wire as the electrons move through that wire at an alarming rate and generate massive amounts of heat.

How does an Electric Current Flow in a 240-volt Circuit?

How many Amps would you need for a 240 Volts circuit?

A double-pole circuit breaker is a port into both the 120 buses simultaneously, so the voltage to the circuit is doubled. That is why 240-volt circuits need two hot wires, red and black, and a neutral wire to carry the electricity to the appliance, plus a ground wire to earth.